The Truth About Socializing on Social Media 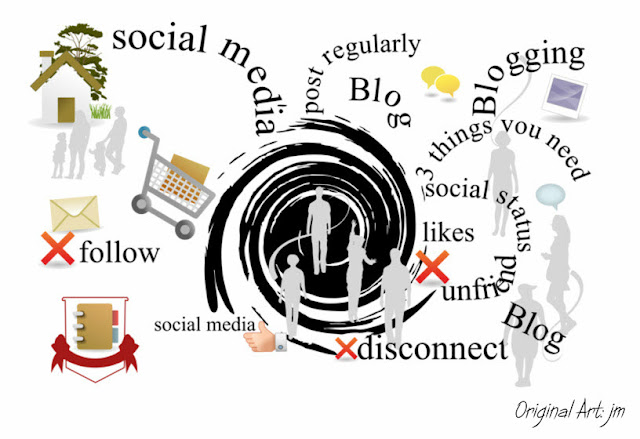 Social Media is a black hole of experience and has changed from what it was. When social interaction online first began it was incredible. I remember how excited I was to be a beta user for the AOL chat room. The conversations we had online were thrilling. We exchanged views and talked about life because we could. Technology introduced us to a method of communication and connection we had not experienced before.

I well remember the conversations and still smile to myself at how we 'hid' behind an identity but not for long. We laughed at how we could 'read between the lines' in our comments and could pick out the unpleasant people whom we banned from the chat room. We lived in a cyber world and some of us made long lasting friends and still communicate with those people whom we met years ago.

Life was busy but no one allowed the chat room to interfere with life. The ability to chat online had its time but there were no advertising interruptions or selling techniques, or likes and scores that we had to earn to be popular. We never had to bother about ratings and page ranking. If you wanted to chat you knew where to find the chat room, you did not have to be reminded to chat. You joined the conversation if you wanted to. You were an intelligent person responding to another intelligent person, it was called communication.

What happened to that picture?

Online chat developed into social media. The architects of technology manipulate the push to use social media constantly. The user is now the victim of the social media have-to-do for appearance and ranking.

Let no one fool you into thinking you are not under the influence of intelligent evil - unless you are capable of using your own intelligence and see through the manipulation.

At the end of the day you're worn out from the jargon and empty words.


The goal of social media is to connect with people all over the world. An incredible idea, but what they did not bargain for was the ultimate seduction of such connectivity - the manipulation of people integrated, connected, and hooked into paying for the connection with money, and now with their lives.

Paying for the connection not only in terms of a dollar amount but in social status, finding a job, and having to have an online profile. This profile is open source for the world to see, what you do and how you live. It's different than being the owner of your own website, or blog to communicate about what you do and who you are.

Your life is now an open book and you have everyone else's face in your book - that is what teenagers do get into everyone else's life and gossip about it. Every teenager grows up into an adult and the gossip still continues. It doesn't matter what your age is, what matters is what you say and do.


Today you're an odd ball if you're not on social media. Well I'm an odd ball and I don't mind at all. My life won't stand still without Facebook or Twitter or an app on my smartphone. I have a life to live and want to do something more meaningful, and this is why I see the black hole of social media.

Social Media produces anxiety, fear, loss of friendship, bullying, bad language, tasteless phraseology, less than intelligent discussions, spam, advertising, paying to upgrade my page rank, unfriended, constantly lured into having to do something to be noticed, popular, liked, attached to a celebrity, tell friends about what I just bought, gossip, waste time, receive emails reminding me to update my Facebook page or my page rank goes away.

You are open for insults. Before you know it your world is turned upside down. The old friend turned up again. It was an unpleasant interaction then and it's no different today. This is what I hear from my friends who are on Facebook or Twitter. I read for myself and listen to on YouTube. Why are so many outspoken against something supposed to be so beneficial?

Have you noticed the increased suicidal notes and actual suicides on Facebook pages?

If you haven't seen the alarm bells go off Facebook is now 'doing something about it.' Unfortunately it is too little too late when someone posts the message onto the Facebook page, they are going to do the terrible deed anyway. The pop up message the next time of log on to the Facebook page - is ironic, because it is too late!

The persons who log onto that page is the distressed parents, when they find the suicide note in the last post on their child's Facebook page. It's too late.

Change the Message of Social Media?


Somehow I think it is too late - the money machine on Facebook is alive and well and no matter how many philanthropic activities of donating free computers to third world countries to hook more young and old people into Facebook are going to help the situation. The developers of Facebook have to take a long hard look within themselves and understand the disruption Facebook has caused in people's lives and be willing to address these things and not apply the band aid.


Why are so many people committing suicide because of their interaction through the social media maze. Let's face it, social media isn't what it should be. Surely we can do better than this with such advanced technology.
social media solutions suicide warnings

Popular posts from this blog

The Zen of the Internet 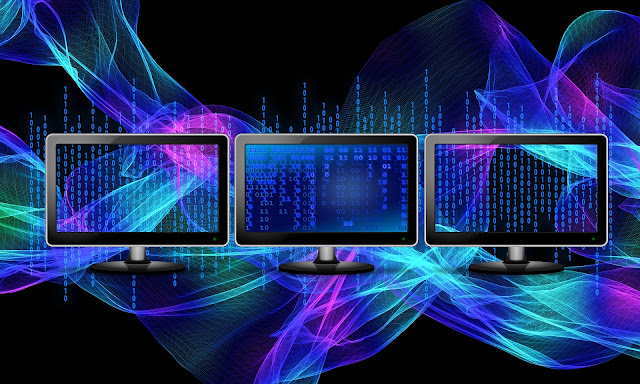 The Zen is the contemplation and meditation of something. It is a word known to the Buddhist tradition but is trending in Western tradition. Nobody denies the leap in technology over the last twenty-six years, we're smitten with it. We cannot get enough of the Internet. It has evolved from the simple system of links to a complex inter relational database of systems, apps, and websites. Interacting on the Internet has a process. Everyone will have a different process. This article outlines a process based on personal experience. The Internet gained popularity in 1990, when the personal computer came into existence. Browsers, operating systems, and hosting companies sprung to life to offer systems we could use from a personal computer. The resource of information on the Internet, or the World Wide Web as it was called connected people via the network cables and we were "in the cloud" having conversations and sharing information. Weaving the Web The history of th
Read more

Why Is Everything Dead

Is Blogging Dead?  Yes, it died yesterday. Now what?  People are still writing blogs because they want to. Is the PC Dead? Yes, no one uses them.  Your phone, your desktop, your laptop is a PC a/k/a the personal computer.  It makes no difference what operating system you use. You're an intelligent human being looking at your personal computer. Is the TV Dead? Yes. Long ago. Didn't you hear.  That's why everyone watches the Superbowl on the big screen TV. Get your new TV Monitor and watch the game. Hurry while supplies last. This offer may not ever be repeated. It's our rock bottom lowest price. Supplies are limited click here. Is Google Dead? This one is where you start laughing and can't stop. Is Facebook Dead? Now you have a stomach ache, you're laughing so hard. Is _____________ Dead? You get the idea, everything is dead.   Chicken Little thought the sky was falling down on his/her head and now these chicks are wo
Read more

Joan Margau
Experience life and write of the meditations and solutions.